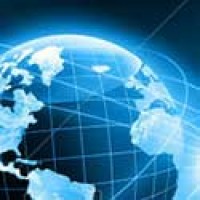 An Optimistic Update Regarding the CS Study

I want to thank the Share and Care Network, and especially the parents who gave their consent and the children who donated blood for our CS study. With apologies for the silence, we encountered many more administrative, logistical, and technical delays than we could ever have imagined, but thankfully that’s all behind us.

Our first round of data from 25 CS subjects and 19 controls looks very good: there’s lots of data (about 650 MB) and it’s detailed, internally consistent, and full of tantalizing possibilities. I’m now collaborating with two talented experts in data analysis, but looking for clear conclusions and hidden meanings in 650 MB of data will take months of number crunching and deep reading in the biomedical literature.

We had previously found a puzzling antiviral response in uninfected CS tissue culture cells, and we thought it was important to ask whether a similar antiviral response was seen in CS subjects. We are grateful that the US National Institutes of Health (NIH) funded our grant proposal, enabling us to draw blood samples at two annual Share and Care meetings (Alexandria and Salt Lake City) and at many locations around the country (New Orleans, Boston, Anchorage, Columbus, Knoxville, Santa Ana, Washington DC, Marlton NJ). While it’s much too early to draw any firm conclusions, we do see signs in the CS subjects of an antiviral response in the absence of viral infection, but it appears to be only a small part of a much larger story.

One of our goals will be to see whether the CS gene expression profiles correlate in any significant way with the age of CS onset; the severity, nature, and progression of CS symptoms; and the genotype if known. I initially thought that such detailed medical information could only be obtained from your physicians, but then I remembered that the parents of CS children usually have superb recall of the medical history, as well as a sophisticated understanding of the condition and available treatments. So in addition to contacting your physicians directly for HIPAA-protected (legally confidential) medical information, I am also putting together a detailed questionnaire that asks you as parents to recall, as best you can, the course of your child’s CS. Your answers will be extremely valuable and will undoubtedly help us to interpret the formal medical history provided by physicians and other health personnel.

In short, thanks to all of you, we have a very large and completely new set of CS data in hand, and I’m optimistic that we will discover important new facts about CS that are likely to have clinical application.