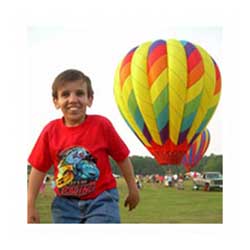 With his tiny shovel in hand, Colt Stillwell made a dent in the mountain of dirt before him that would soon turn to turf as the Billy Hitchcock Miracle Field moves closer to field formation at West Ridge Baseball Complex.

“Isn’t that something … that’s worth it all isn’t it,” said Councilman Dr. William Lazenby as he clapped for the boy. “If you leave him that shovel, I bet he’d try to move that whole pile.”

Fortunately Opelika Mayor Gary Fuller and Auburn Mayor Bill Ham Jr. gave him a hand. At a glance, Stillwell looked to be maybe 6-years-old but was in fact 14 and a half. He is 42 inches tall and weighs 42 pounds and will remain so. His parents, Benjie and Karen of Opelika, say he was born with a rare genetic gene. Cockayne Syndrome has stunted Colt’s growth and shortened his life span. Karen Stillwell says her son is expected to live to be 20 and could die sooner.

The Stillwells say there are no words to express how grateful they are for the miracle field and what it will mean to their son, Colt, and other area children and adults faced with day-to-day challenges.

“This means he can feel like one of the guys,” Karen Stillwell said. “He’ll ask us now, ‘Am I going to get a Jeep so I can drive my friends around?’ How do you tell him he’ll never get to drive a car?”

Wednesday was an emotional day for the miracle-minded, who had come so far, prayed so hard and worked so long to make a field of dreams possible. It seems like only yesterday when the lights dimmed low and a roomful of Opelika Lions viewed, for the first time, heart-tugging images of special needs children and adults rounding bases and hitting balls. They could have just turned the lights back on, got in their cars, gone home and forgot about it. But that’s not the Lion way. They wasted no time hitting the pavement and asked anyone and everyone within earshot, “Don’t you want to watch this Miracle League video?” Lion presentations were met with unanimous approval from the Opelika City Council, Auburn City Council and Envision Opelika. Soon fundraising events started popping up left and right, and a community responded. Support streamed in from local businesses, civic clubs, churches and individuals.

Councilman Eddie Smith looked out across the field and said the Billy Hitchcock Miracle Field was a culmination of two years of planning, fundraising and meetings.

And it was. Rising star Garrett Miles, a senior at Smiths Station High School, held the miracle audience spellbound Wednesday with his powerful rendition of the National Anthem. His deep country voice felt like the Grand Ole Opry. Black cowboy boots tipped in silver completed the star-studded picture as Scout Troop No. 7 held the American Flag high. Miles, who was born legally blind, might not have seen the obvious awe on people’s faces but surely he felt it.

And later a prayer led by Miracle Vice-Chair Jim Allen seemed to capture the spirit of the miracle field.

“It’s great to be involved in something bigger than yourself – this was certainly bigger than all of us,” Allen said.

Once complete, the Billy Hitchcock Miracle Field will be the largest miracle field in the world.

As folks walked off the field and headed home, Miracle Chair Jim Rew could be seen silhouetted in the dug out staring out at an empty field. He raised his arms high over his head and yelled out, “It’s over the fence!”

One thought on “Colt”