Cockayne Syndrome is diagnosed by clinical findings including postnatal growth failure and progressive neurologic dysfunction along with other characteristics. Diagnosis should include molecular genetic testing. 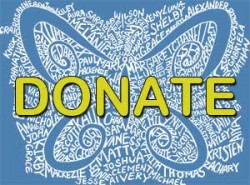 Cockayne syndrome is a rare neurodevelopmental disorder characterized by growth failure, abnormal brain development and degeneration, and some signs of premature aging.

Features of this disorder include a failure to gain weight and grow at the expected rate (failure to thrive), abnormally small head size (microcephaly), and impaired development and progressive degeneration of the nervous system. Some affected individuals have an extreme sensitivity to sunlight (photosensitivity), and even a small amount of sun exposure can cause a sunburn. However, CS patients do not develop skin cancer.  Other possible signs and symptoms include hearing loss, cataracts, severe tooth decay, bone abnormalities, and changes in the brain that can be seen on brain scans.

How common is Cockayne syndrome?

Cockayne syndrome occurs in about 2 per million newborns in the United States and Europe.

What genes are related to Cockayne syndrome?

Cockayne syndrome can result from mutations in either the ERCC6 gene (also known as the CSB gene) or the ERCC8 gene (also known as the CSA gene). These genes provide instructions for making proteins that are involved in repairing damaged DNA. DNA can be damaged by ultraviolet (UV) rays from the sun and by toxic chemicals, radiation, and unstable molecules called free radicals. Cells are usually able to fix DNA damage before it causes problems. However, in people with Cockayne syndrome, DNA damage is not repaired normally. As more abnormalities build up in DNA, cells malfunction and eventually die. The increased cell death likely contributes to the features of Cockayne syndrome, such as growth failure and premature aging.   There is also a growing body of evidence indicating that in people with Cockayne syndrome, other proteins are not made in the required amounts or at the correct time in development, which can also contribute to abnormal brain development and degeneration. Read more about the ERCC6 and ERCC8 genes.

How do people inherit Cockayne syndrome?

The following is a list of the most common characteristics noted in reported cases of CS. No child will necessarily have all the characteristics listed, and some of these findings are progressive.